52 thoroughbred horses need homes. Will go to Sugarcreek this Saturday for slaughter. Gentleman died & his son wants nothing to do with them. Most broodmares are broke and some are in foal weanling, yearlings, 2 yrs/3 yrs old most are gelded. FREE & papered. Friend of the deceased is trying to find homes 440-463-4288 or 440-463-4288 Barnesville, OH.

Then I saw some posts about how all 52 horses had been rescued. Awesome, right? Well, then I saw a note that the whole thing was a hoax and/or a scam. I altered this blog post a few times, going back and forth on scam/no scam. But after several comments about the authenticity of this amazing story (and some awesome commenters who left a few links), I’m happy to report that this story is true. It’s legit. People are awesome, and social media is a powerful tool.

I was able to piece together a Facebook post/thread from Lynn Boggs. Lynn appears to be the original source of this entire event. It’s amazing that her original Facebook status update went viral. Well, this is the era of social networking, so maybe it was meant to go viral – almost like it had no choice! It all started on Saturday, Jan. 29, 2011:

So there you have it. Dr. Daniel Charles Stearns III (1921-2011) was obviously an amazing person who meant so much to so many (people and animals!). His recent passing left 52 horses in need of care. And the internet came to the rescue.

One of my favorite parts about this story is the role that Twitter and Facebook played. Here, the Humane Society says that all 52 horses have been rescued:

@humanesociety: To those concerned about the 52 horses in OH, we have heard word that they have all found homes.

ok crisis averted! All the horses officially have homes. Nice work everyone. We should get some sort of girlscout / boyscout badge for this one no?

Yes, there were several other famous people, sites, blogs, and forums who also pitched in. I’m sure you can find them. I just wanted to brag about the power of social media and the good will of people. And I’m pretty sure this viral event will turn out better than the most recent charitable viral sensation, Ted Williams. Poor guy. Too much, too soon. Let’s hope these horses don’t drift back into a life of booze and drugs. And I digest…

BTW, thanks to commenters Marc, Melissa and Kelly for helping me out on this one. 🙂

And now, enjoy this picture of horses. They are awesome creatures. 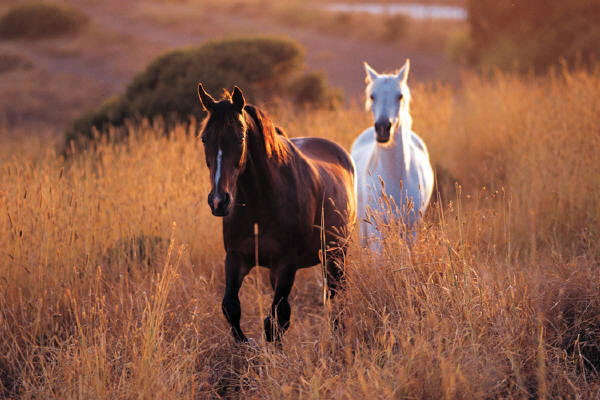 41 Replies to “The Day the Internet Saved 52 Horses in Barnesville, Ohio”